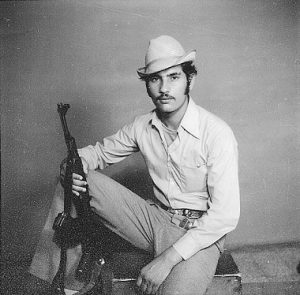 Joint fellows Jessica Stites Mor and Fernando Camacho Padilla have provided the following update on the progress of their project, Visualizing Solidarity, following their recent research trip to Beirut, Lebanon, in February.

Soon after the Cuban revolution, the Middle East region became very significant for Cuba’s foreign policy. By then, most of the countries had recently gained their independence from the “mandate” governments of France and England. Spain was the last colonial power in the region, retaining control of West Sahara. Nevertheless, Cuba was mainly interested in its relations with Algeria and Egypt, where popular revolutionary leaders such as Ben Bella and Abdel Nasser welcome Che Guevara and other Cuban leaders to Algiers and Cairo, two centers of anti-colonial activism. Cuba soon opened embassies in these cities, and its first ambassadors became key persons in forging political connections.

Che Guevara visited Gaza during his first trip to Egypt in June 1959, where he became concerned about the situation of Palestinian refugees. Since then, Cuba followed up the situation in Palestine with a great deal of interest. After the Tricontinental Conference of January 1966, Palestine became one of the major Cuba’s solidarity causes. Fidel Castro broke of diplomatic relations with Israel when he attended to the Non-Aligned Movement conference in Algiers in 1973 in solidarity with the Arab cause during the Yom Kippur War. Arab leaders felt very grateful to Castro for his attitude and determination.

In 1975, the Lebanese Civil War began as a result of the social and political instability between different religious groups, coupled with the massive arrival of Palestinians refugees, especially after their expulsion from Jordan in 1970. The Lebanese conflict became a major concern for the government of Cuba, and specially for OSPAAAL. Many posters were designed by Cuban artists and many articles were published in Cuban news outlets, including the Tricontinental magazine. The Palestinian struggle in Lebanon was exceptionally relevant to the future balance of political forces, and photographers from different countries arrived in the country in order to document their political activities and participation in military training. Nevertheless, few pictures of the daily life of Palestinians in Lebanon where published by the international media.

Last February, the joint fellows travelled to Beirut in order to visit Arab Image Foundation (AIF), the main photo archive and library of the Middle East, and “Dar al Mussawir” (“the photographer’s house”) run by the prestigious Lebanese photographer Ramzi Haidar, in order to consult material related to the Palestinian struggle and political connections with Cuba. AIF’s collection held many photographs that documented the Palestinian presence in Lebanon, and this collection was also useful in uncovering traditions of portraiture used by soldiers and families to commemorate their contributions to the war. Building on earlier Turkish military photographs, many of the families chose to position soldiers in front of the camera with firearms and knives, even during the peaceful periods before the conflict. At the Dar al Mussawir we were able to find still displayed an OSPAAAL poster and a painting of the famous Alberto Korda photograph of Che Guevara (“Guerrillero heróico”) next to dozens of old cameras, the only political figure visibly represented in the main room. These findings were supported by a rich variety of other evidence of the legacy of Tricontinental spirit in Lebanon and of the relationship that Cuba intended to cultivate with its exiled Palestinian community.

As part of this project, the joint fellows will coordinate a special dossier about visibility and photography representations of Latin American insurgent groups during the Cold War for the Spanish-language journal “Artefacto Visual” which will come out in December 2021. During this period of the grant, the joint fellows have also digitized images and conference proceedings, many of which will be made available to other scholars and the public. 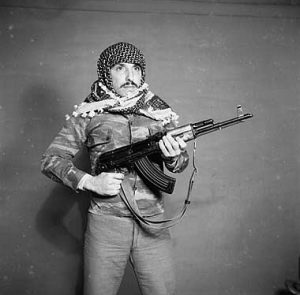 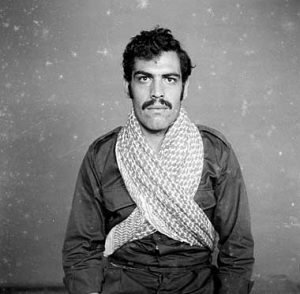