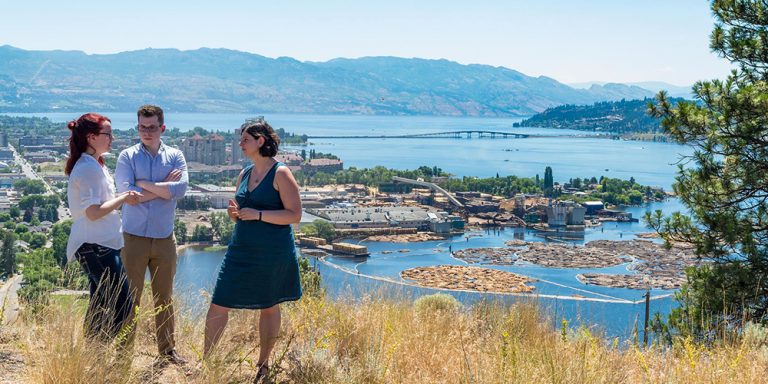 CANCELLED DUE TO TRAVEL RESTRICTIONS. Will be rescheduled at some later point.

To See Paris and Die: The Soviet Lives of Western Culture

Join the Public Humanities Hub – Okanagan, in coordination with the conference “Institutions of the Soviet Bloc: Print Culture, Higher Education, and Censorship in State Socialism,” for an afternoon with Eleonory Gilburd, a professor of history at the University of Chicago, and a discussion of her award-winning book “To See Paris and Die: The Soviet Lives of Western Culture.”

About the book: The Soviet Union was a notoriously closed society until Stalin’s death in 1953. Then, in the mid-1950s, a torrent of Western novels, films, and paintings invaded Soviet streets and homes, acquiring heightened emotional significance. To See Paris and Die is a history of this momentous opening to the West.

This event is supported by:

The Department of Economics, Political Science, and Philosophy
The Reichwald Endowment Grant from the Faculty of Creative and Critical Studies
The Social Science and Humanities Research Council of Canada

CANCELLED DUE TO TRAVEL RESTRICTIONS. Will be rescheduled at some later point.

The symposium is multi-disciplinary and hosts distinguished guest speakers from Europe, Canada, and the US, who will debate recent challenges regarding the historiography of the countries of the former Soviet Bloc. The discussions will address the following overarching question: what are the limitations inherent in the totalitarianist model of truth in relation to the institutions of the former Soviet Bloc?

Unveiling the Nation: The Politics of Secularism in France and Quebec” by Dr. Emily Laxer (York University, ON)

part of “The Power, Conflict, and Ideas Speaker Series”

hosted by the Irvin K. Barber School of Arts and Sciences and the Department of Languages and World Literatures (FCCS)

hosted by the Okanagan Branch of the BCASW

Celebrations kick off with the launch of the second issue of the Gender and Women’s Studies undergraduate journal, That’s What [WE] Said, followed by a talk and workshop from Hannah McGregor, Assistant Professor in Publishing at Simon Fraser University: “So You Want to Make a Podcast?”

hosted by the Innovation Library

hosted by The Public Theatre Project